If you've been arrested and the courts have set bail, you just pay the bail and walk out, easy right? Unfortunately, for many people, the process isn't easy. Bail amounts are often set at an unaffordable figure. So, what should you do if you cannot afford to post bail? Here are some options.

1. Ask to be released on your own recognizance

Bail serves as financial security that you will return for your trial. Basically, you post bail, you get released from jail, and then, you get the bail back when you show up for your trial. However, the courts don't always need this level of financial reassurance.

Ask if you can be released on your own recognizance. This basically means that you promise to come back for your trial, and the court takes your word for it. Typically, this option works best for people with no criminal histories, who pose a minimal flight risk.

Pretrial release is similar to being released on your own recognizance, but it comes with conditions. For instance, you may agree to give up your passport or wear an ankle monitor. You may agree to drug tests or to meet with a probation officer in the weeks leading up to your trial.

3. Hire a lawyer to negotiate with the prosecutors.

If there are no charges, there is no reason to detain you. By extension, the bail gets dropped automatically.

If your lawyer can't get the prosecutors to drop the charges, they may be able to get the bail reduced. Ask for a bond hearing.

In some cases, your lawyer may be able to argue for a lower bail at the initial arraignment or at the second arraignment. In other cases, you will need to request a stand-alone bond hearing. Your lawyer can let you know the best path forward.

You should only take this option after consulting with an attorney and thinking carefully about your other options. A plea bargain is when you plead guilty to charges, and then, you let the other side give you a reduced sentence. Sadly, many innocent people use this tactic to avoid paying bail.

You don't have to plead guilty when you're innocent or stay in jail for weeks waiting for your trial. Instead, you can pay a small downpayment to a bail bonds company, and they will cover the rest of the bail for you. 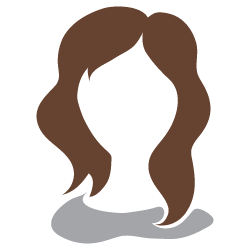